I recently heard that there’s nothing as powerful as a made up mind; I think this is where Nigeria is. Our election is underway and with the drama of card readers which apparently is not a respecter of persons (ask President Jona), propaganda from every corner, worrisome silence from the South East and South West regions (no ‘rumour’ of results from polling units over 24 hours after elections were conducted), result overload from Twitter and Facebook (even my sister in Canada sent me election results), an MOU between INEC and NURTW (amazing right?), ati bee bee lo….one thing is constant –Nigerians have been PEACEFUL and UNITED!

It hasn’t always been like this, maybe never. It was slavery for God knows how long and even after Independence, we remained slaves to greed, ignorance, tribalism, ethnic and religious sentiments, corruption, injustice, wickedness. It doesn’t take much to make another a slave; you don’t need guns or money, just make their mind believe something other than the truth and that is what our ‘masters’ did to us. My God, we have believed a lot of things! Watching the INEC chair (and I beg to digress) address journalists a few hours ago on the elections, a Nigerian journalist with all the pressing issues, asked “Sir, what do you think the global impression of Nigeria will be as a result of this elections?” I could not believe it! Global impression?  It’s like when you have been told the solution to an ancestral curse and you are still concerned about ‘what people will say’; even Jega hardly acknowledged his global impression question. Sadly, that is what my brother still believes. Back to our gist; THAT slavery has ended because somehow, someone found the truth that we are not meant to be slaves and it is spreading like wild fire! There’s an awakening in the land and people are taking their position, getting battle ready! In my polling unit for instance, a Hausa community in Lagos; it started to rain during voting and INEC officials were forced to stop the process at some point because the ballot papers were getting wet and there was a high risk of tear and ink smearing. The community had provided a mat as a makeshift canopy against the harsh rays of the sun but water was dripping all over when it started to rain. The electorate would have none of that, they wanted to vote! Less than 20 feet from the polling unit stood a brand new market,locked up, awaiting commissioning. In the blink of an eye, the lock was broken and INEC officials and materials were safely moved to the brand new polling unit where voting and the rain continued till late evening. There were legitimate reasons to mar the process that day but Nigeria fought and Nigeria won!

No one knows what INEC will announce on Monday night but regardless of the outcome, CHANGE (not the party) is here! It is not business as usual, Nigeria is deciding her destiny this time. Not with violence but with her strength of mind, moral resolve, character. A new army is rising, one that will fight for justice and speak the truth. Whoever the winners are, genuine or imposed, we will demand accountability, we will push you for results and by all means vote you out if you do not deliver on your mandate. The dead days are OVER; this country is alive with blood flowing in her veins, yes! Blood that is deeply red and of course green! And as for global impression, the world will take note soon enough! God bless Nigeria! 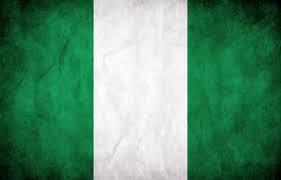